This stock 1980 Harley Davidson FLH came into K-otic Kustoms and was completely transformed.  The stance was lowered by modifications to the frame and the tank was completely cut up and modified, mixed with parts of a Sportster tank and melded together.  The rear fender was originally from a HD Fat Boy modified onto the FLH frame.  As always, the pipes are all K-otic Kustoms.  This is just part of all the work done on this beautiful machine that was featured on the cover of the May 2013 V-Twin magazine.  It was also featured in the February 2008 issue of Hot Bike! 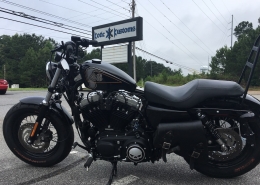 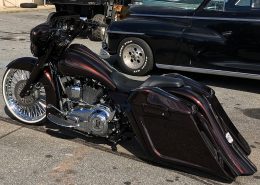 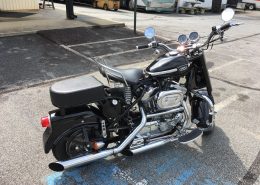 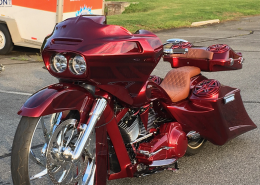 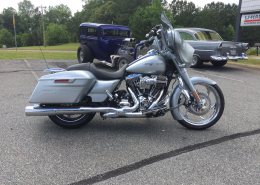 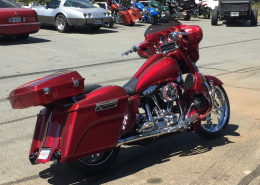 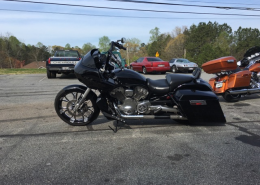 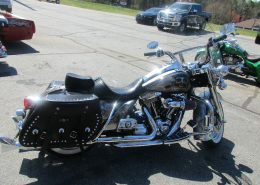 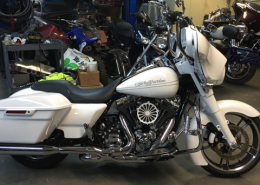 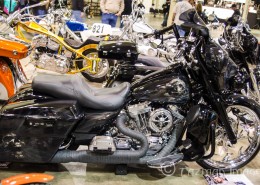 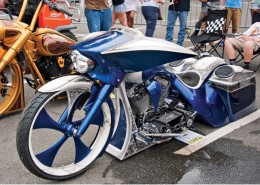 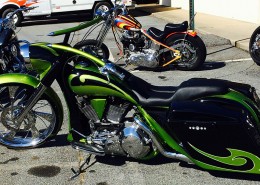 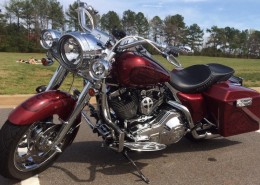 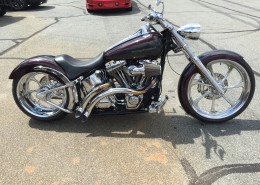 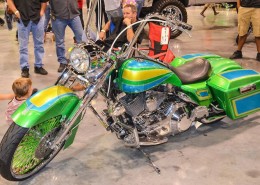 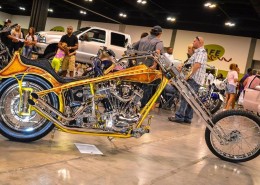